I was super pleased when I saw the Lord Mayor’s announcement about a new Gold City Glider, from Hamilton to Woolloongabba - but I think both the local and state government can do better with this proposed route!

At the moment, Council is still calling on the state government to co-fund this service - I asked about this in estimates in 2021, and there doesn't seem to be any plan at the state level. The community needs this crucial service fast-tracked and for both levels of government to come to the table with funding.

In the Lord Mayor’s announcement he referenced the large amount of new development in Hamilton as one of the reasons for this service. I would argue that South Brisbane has also experienced accelerated development for decades, outpacing public infrastructure, like public transport.

So, this service should extend into the Southside too – rather than ending at Woolloongabba, it should travel along Ipswich Road to at least the Princess Alexandra Hospital and Annerley Junction, if not further to Chardon’s Corner/Cracknell Road.

Write to the Lord Mayor at [email protected] asking for: 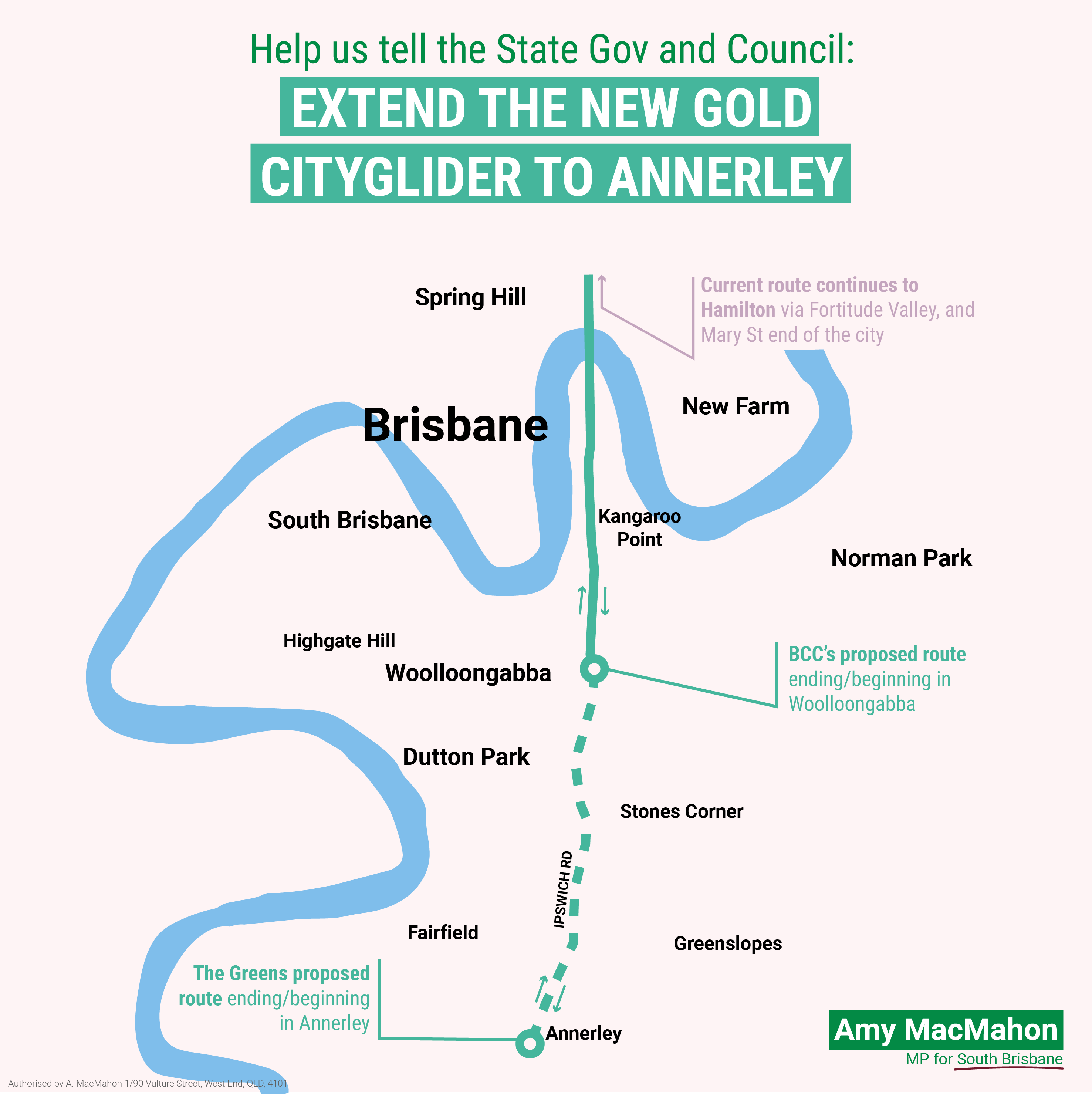