Back in early 2022, property developers proposed a 15+ storey luxury apartment tower just a few metres away from the historic Shafston House.

Built in 1851, Shaftons House is the third oldest house in Brisbane. The entire site is on the heritage register as a State Heritage Place. The site also contains 2,500 square metres of riverfront green space.

Thankfully after sustained pressure from Jonathan Sri, myself and some amazing local residents, the State Referral and Assessment Agency (who assesses proposed developments against the state development laws including heritage) came back to developers in March and said they needed to make a lot of changes. They said the developers need to:

The developers are now back with another ridiculous proposal that looks almost exactly the same as the old, but with a few small changes:

Not only will this development undermine the heritage value of this historic site and cause excessive overshadowing on neighbouring buildings, these luxury apartments will exacerbate the housing affordability crisis through further gentrification.

There is no compelling reason why it is necessary, or in the public’s interest, to destroy a State Heritage Place for a luxury apartment block. 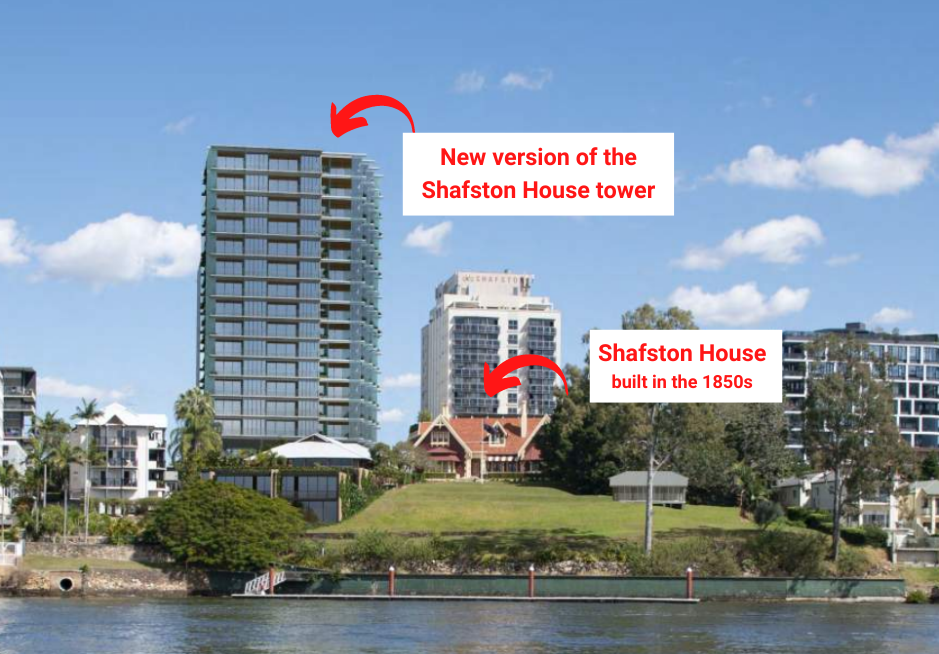