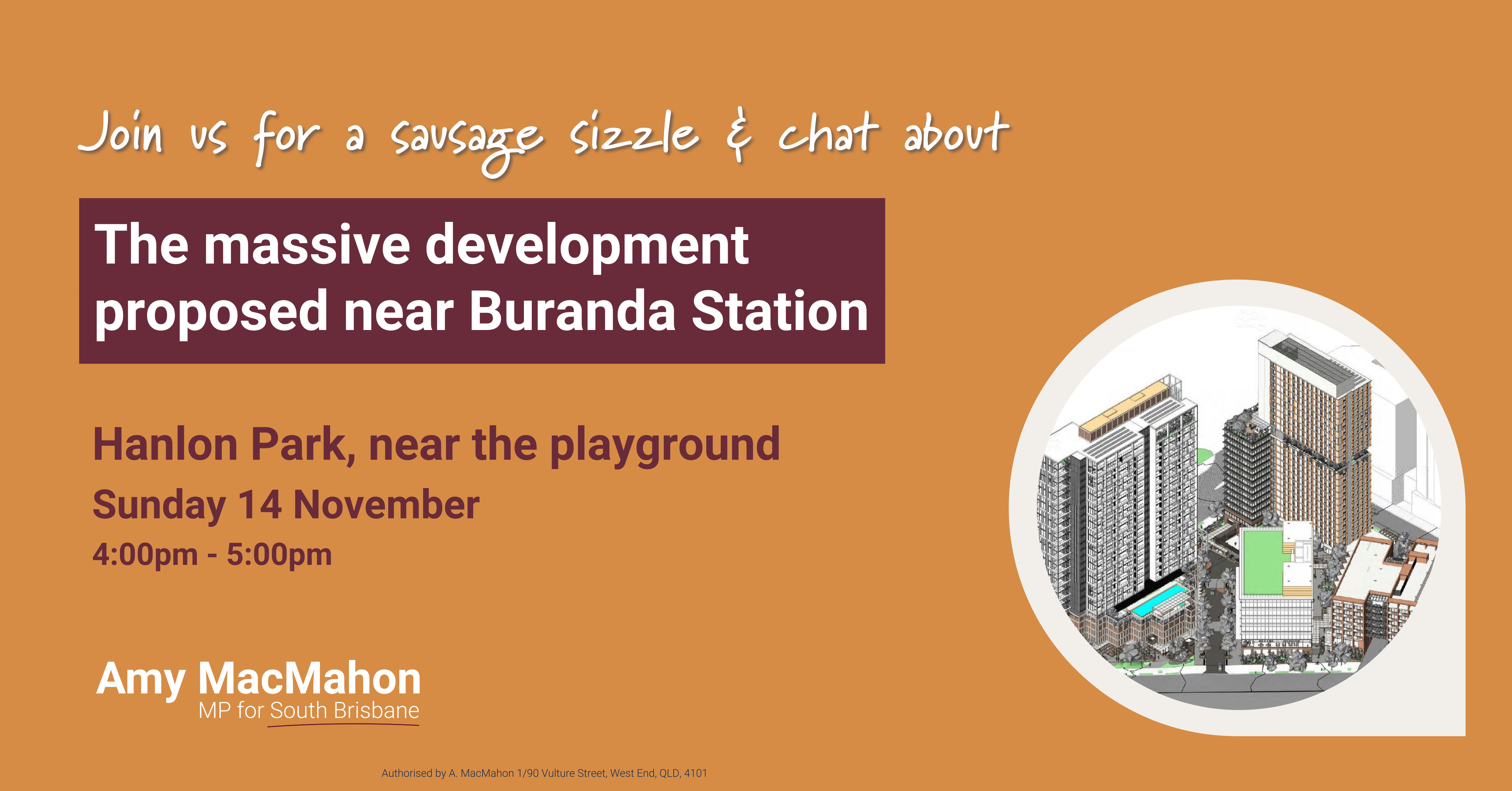 There’s been the looming possibility of a massive transport orientated development next to Buranda Station for over a decade now.

The new development application for the site on the corners of Logan Rd, O’Keefe St and Gillingham Street proposes:

There are a number of key concerns which have already emerged from the community:

The last time there was a poorly-planned development proposed near Buranda Station, the Buranda P&C, alongside the Better Buranda Project, fought hard and won – not only stopping the development from going ahead, but securing additional land for the school.

So, come along for a BBQ and a chat about this newly proposed development. You can share your thoughts and discuss how we can work to ensure any development is safe and suitable for the neighbourhood.

Hanlon Park, near the playground