Securing a new park for Woolloongabba

The development scheme for the huge Gabba Cross River Rail site should be out any time now. We’ve only seen really vague plans so far from the Government for this massive piece of prime public land.

Development on the site is guided by a ‘Development Scheme’, and prior to that, an ‘Interim Land Use Plan’ is drafted. The government released their new Interim Plan for the site in 2021 (which was redrafted in light of the Olympics proposals).

The government plans for the site are very vague. So far we can tell that they’re planning ‘open space’ (think King George Square), and high-rise apartments, most of which will likely just be privately sold. They have plans for a pitiful 15% of these to be affordable and social homes — ‘affordable’ could be anything from small apartments, to build-to-rent schemes that channel money to private developers.

What could we have at the Gabba station precinct?

At the huge Gabba Station site, we could fit hundreds of beautiful, medium-density social homes, to house all kinds of families. Residents would be able to quickly head down to a great new train station, reducing the need for car parks and cars. The ground floor could include a child care centre, public library, a free bookable community hall and a green grocer. All next door to a beautiful new public park, at least as big as Raymond Park, with seating, shade, and playgrounds.

Importantly, the site would stay in public hands, for public benefit. Rent from homes and shops would come back to the government, to re-invest in maintenance, new facilities, and services.

A team of architecture students have also put together two alternative visions for the Gabba site, one mixed use, and one predominantly parkland. These are just ideas about what we could fit on a site of this size.

How do we fight for a community vision for this site?

We know that without sustained community pressure, the government will likely privatise these sites. I’m calling for the state government to ensure that public land stays in public hands, and to implement a community vision for both sites, that includes in-depth community consultation. To win this, we’re going to need to come together as a community and fight for these sites.

We’d love you to be a part of our growing community campaign – sign up on this page for events and updates. 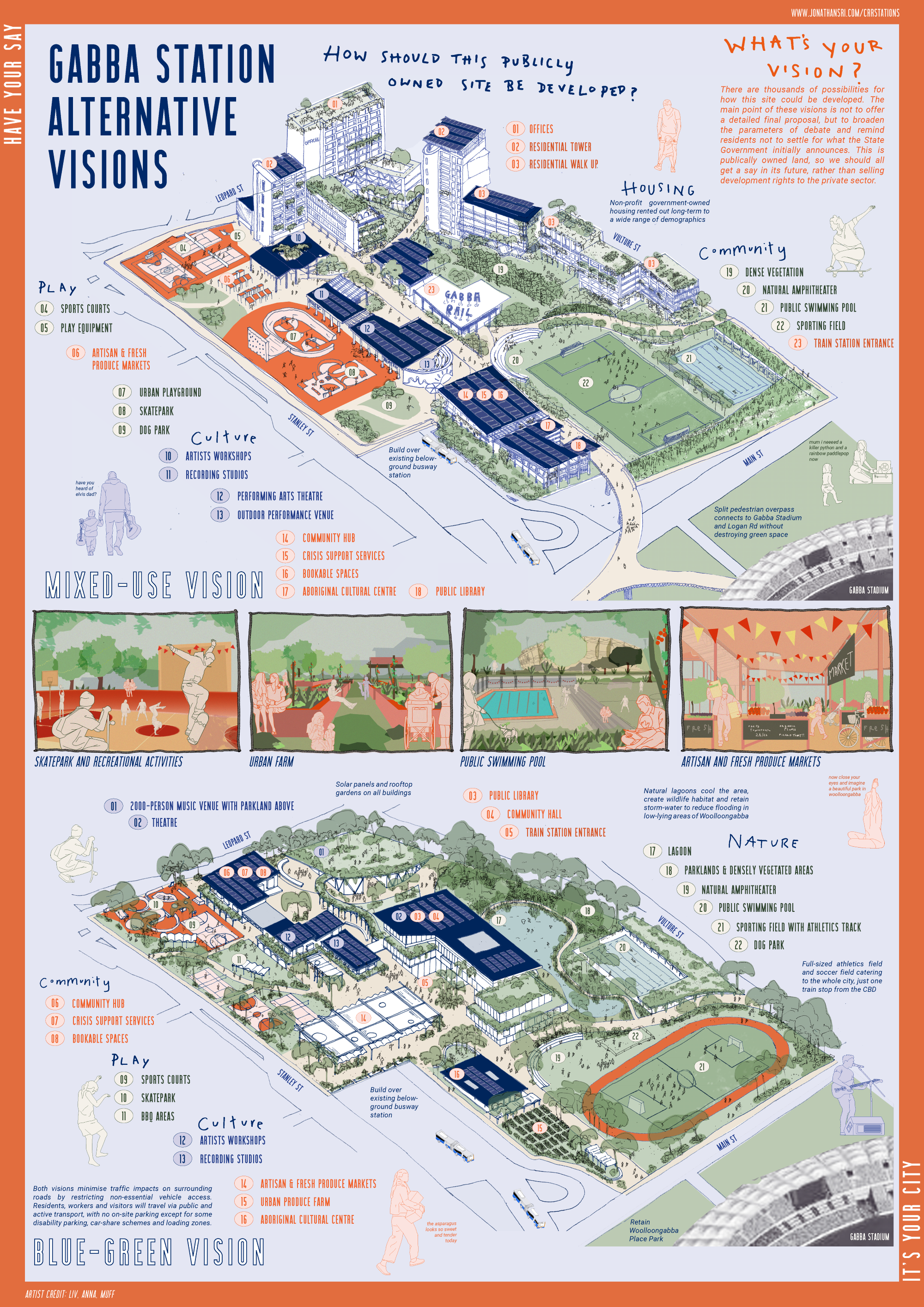 Download a higher quality PDF of the Gabba Site Vision.