In late 2020, a developer lodged an application for two 26-storey towers right on the edge of Davies Park at 297 Montague Rd – currently the TOMRA recycling centre and QBBC building.

This development application exceeds the neighbourhood plan height by 14 storeys. If built, it would set a new precedent for building heights in the area. The towers would also cast big shadows over the park and contribute to significant traffic congestion along Montague Road.

The community mobilised alongside myself, Jonathan Sri and Max Chandler-Mather against this unsustainable project, and reminded Brisbane City Council that further development in West End must be supported by greater investment in public transport and facilities. More than 800 residents signed our petition calling for this development to be rejected, and for the site to be acquired for public parkland.

In early 2022, Brisbane City Council sent the developer a range of requests they need to meet before the council would consider approving this development application. Importantly, they’re asking the developer to:

This effectively means the developer would have to go back to the drawing board and make dramatic changes to this project to get it approved. It’s almost as good as an outright rejection.

But it isn’t over – the developer could come back with revised plans that still don’t meet our community’s expectations. We just saw a similar thing happen over at the Aria site near Musgrave Park. It’s also important that we don’t forget that there’s still an approved development application for this site for five 12-storey towers.

While the council could still end up approving a bad development on this site, these new requests have given us a critical opening.  Now is the time for us to double down and push for the council and state government to buy this site to expand Davies Park. 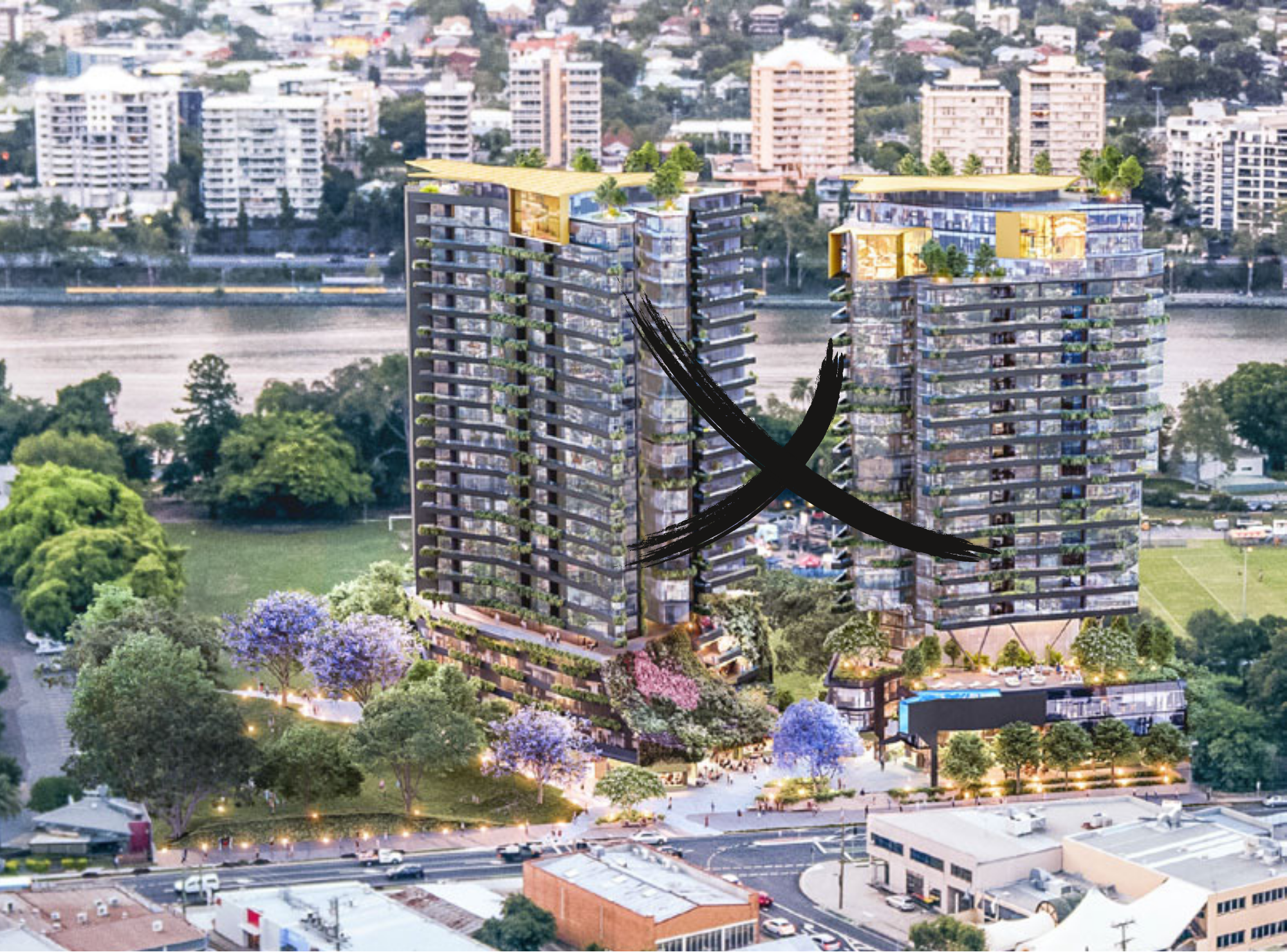 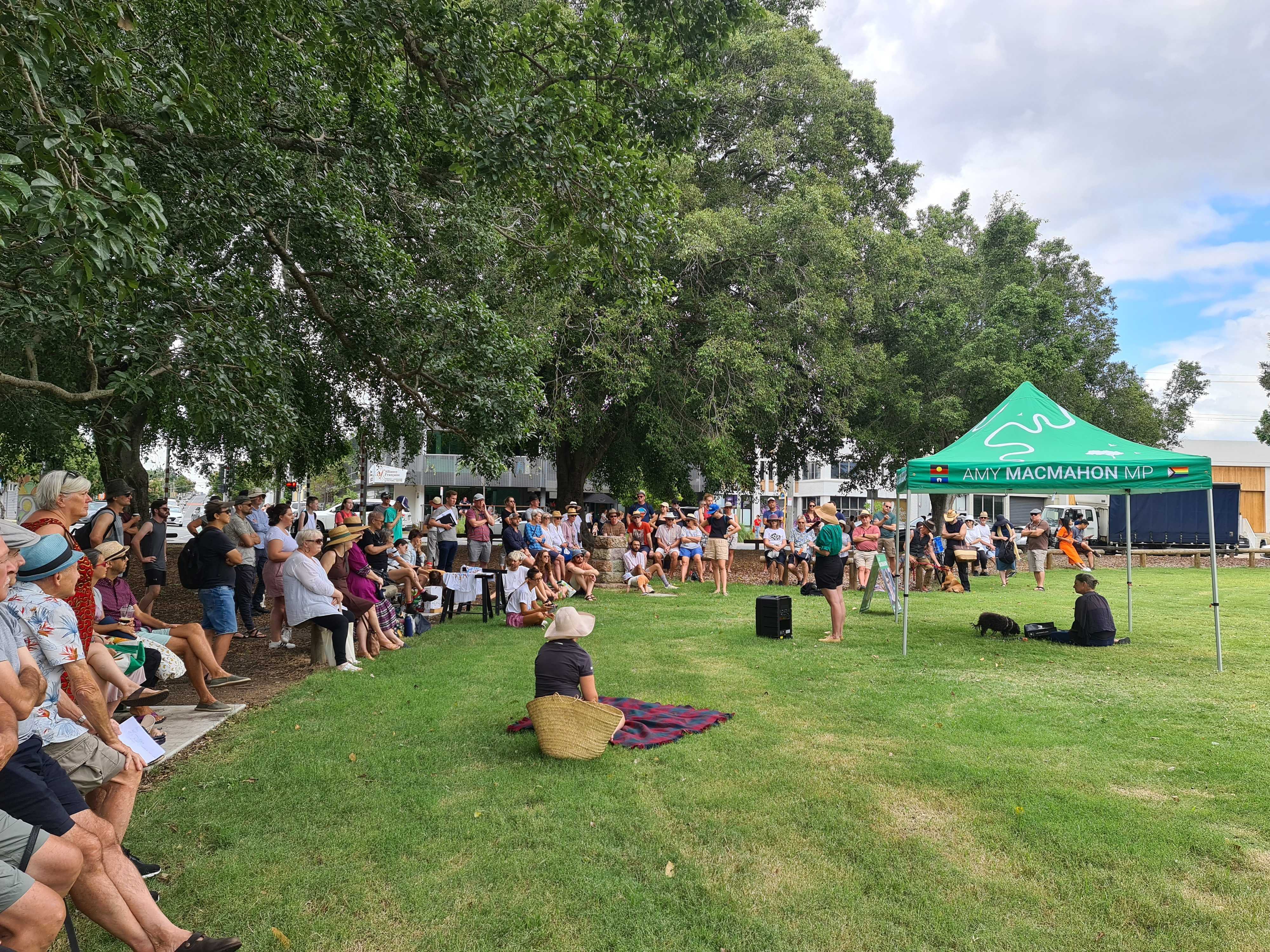 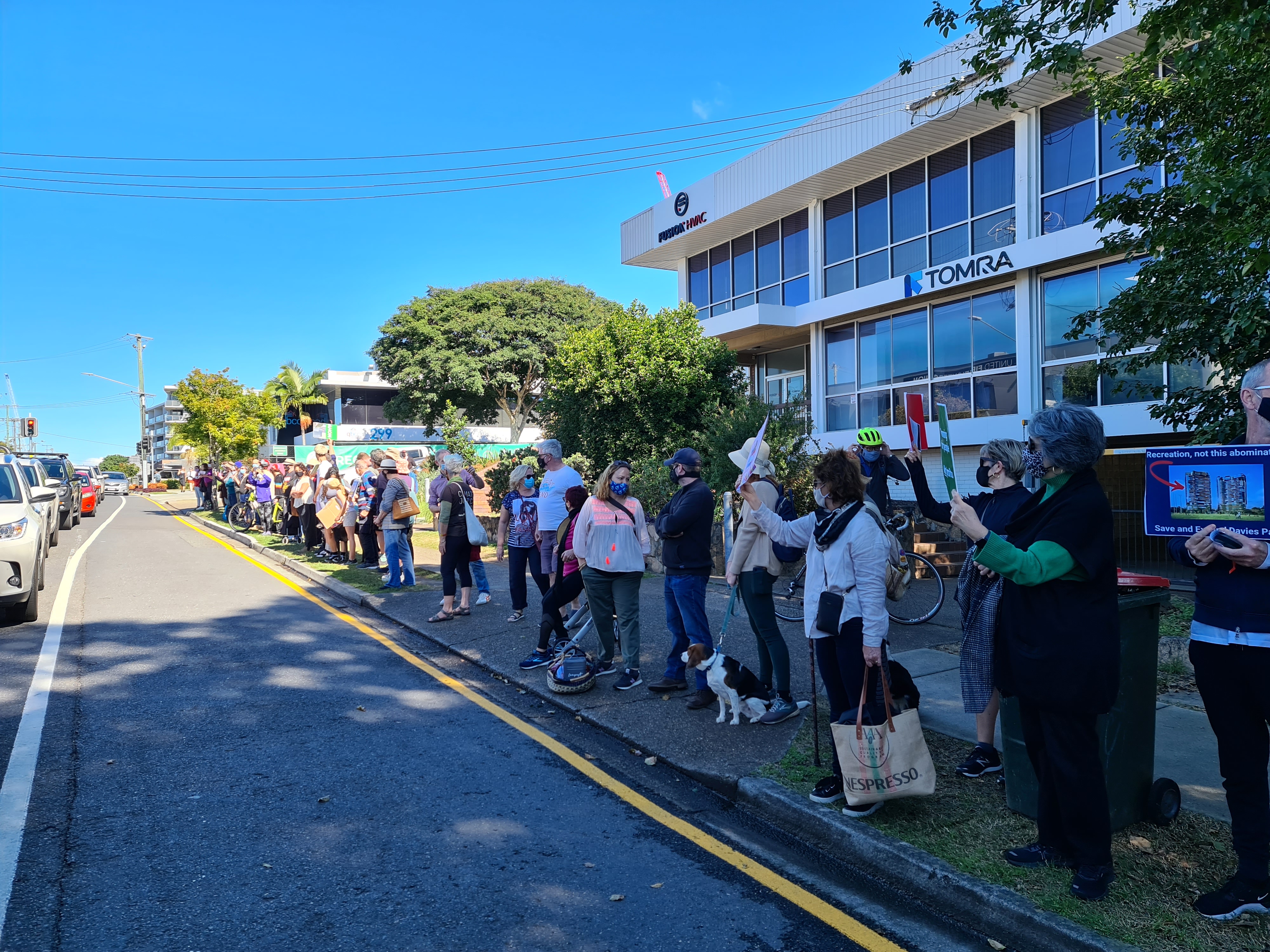